Transforming pensions to empower savers to plan for their future

As of 2014, research showed that 53% of people employed in the UK were members of their workplace pension scheme, of which 80% were not saving enough for a decent retirement income, and 35% did not know how much was in their savings pot.

Hymans Robertson - an independent pensions consultancy for the private and public sector - had an idea to address these problems with a transformative service to educate and empower trustees to take control of their pensions. 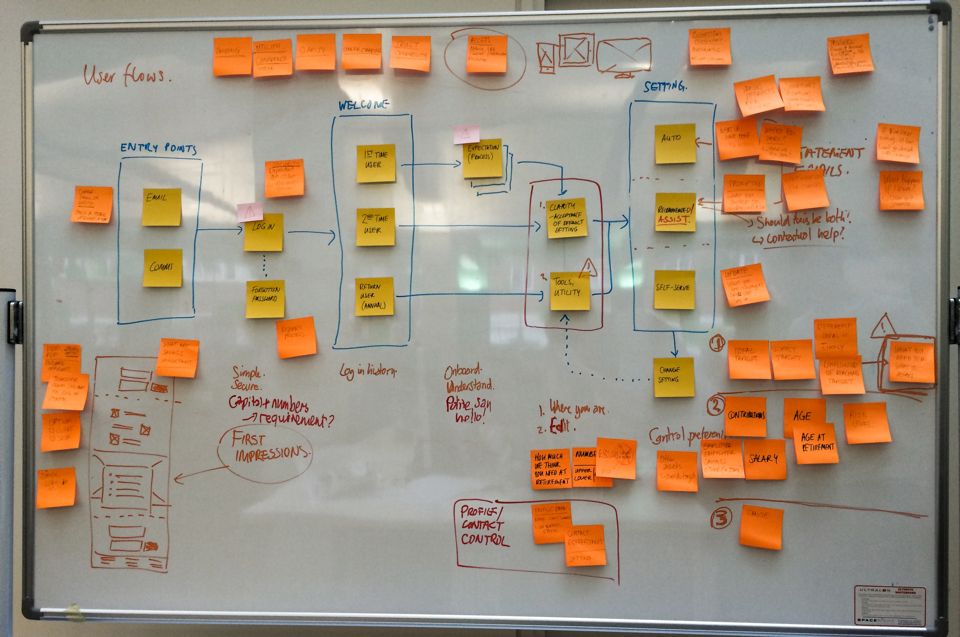 Mapping the user journey and planning the data hierarchy

I worked closely with the Hymans Robertson leadership team in London and the development team in Edinburgh to lead the design of the service platform.

I prototyped ideas to test with prospect trustees and stakeholders to ensure we were developing something that was useful, feasible, and viable. Each iteration of the prototype progressed the design fidelity - starting at low-detail sketches and progressing to high-detail wireframes.

To plan the platform’s information architecture, I conducted workshops with stakeholders to map the user journey and prioritise the types of data to present to trustees. 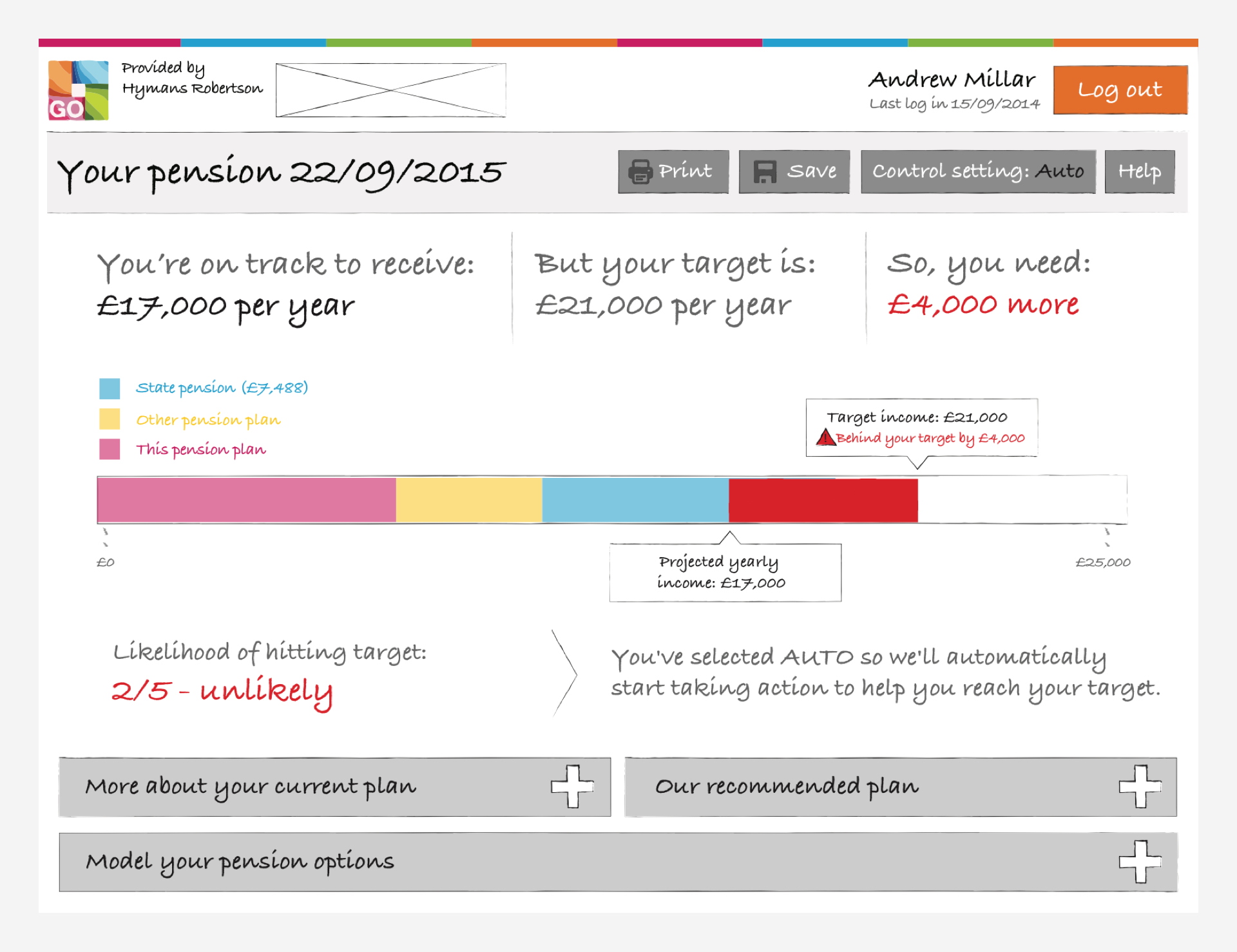 Screenshot from the sketched prototype, which was tested with users early in the development phase

It was important that the design was clear and simple for users to understand and interact with, progressively presenting them with timely information. 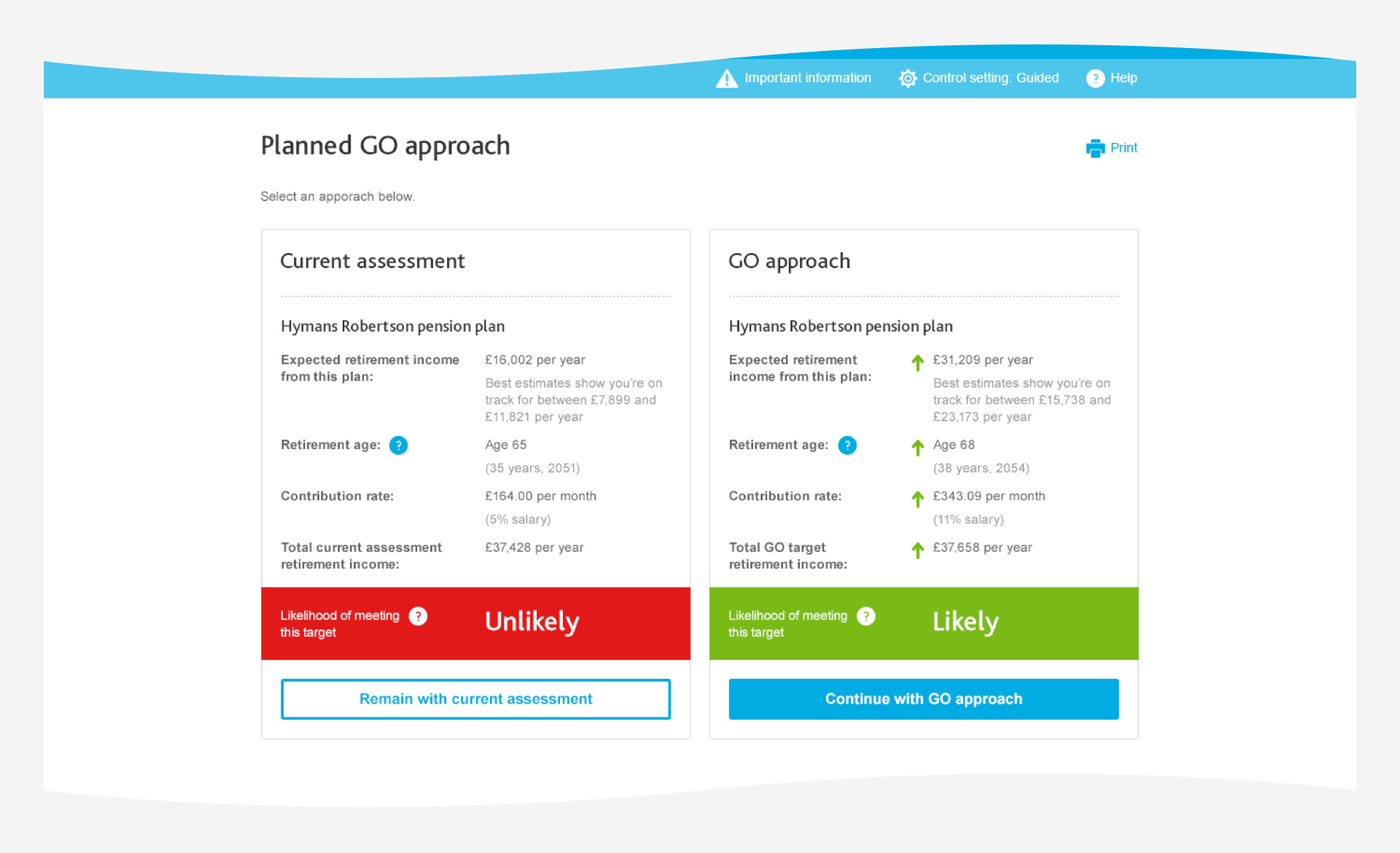 Clear and simple interface for users

The page templates were designed to be extremely flexible to accomodate branding - allowing Hymans Robertson’s clients to personalise the experience for their employees. Slots were allocated within the page templates for branding, while also outlining where the use of imagery was inappropriate as it may affect usability due to cognitive overload.

After launching in late 2014, the GO platform received positive press coverage and praise from high-end clients providing pensions to large employee bases - with the UK pensions manager at Scottish Power claiming that some employees have been "doubling what they're saving".

The GO platform was awarded Investment Innovation of the Year, and Hymans Robertson were recognised as Consultancy of the Year at the 2015 UK Pensions Awards.

GO is leading the market in changing pension savings behaviour for the DC generation. Our approach of focussing on outcomes for employees has set the standard for measuring workplace savings success.

Engagement has been high, with a third of the users on the site using the functionality to investigate the best way to get back on track and over 10% making immediate changes to save more. We’ve had some great feedback from members, telling us that the site is "intuitive and easy to understand" as well as providing them with "the impetus to do something about it". This is exactly what we were hoping for.

Inspiring fans and rewarding them for their engagement.